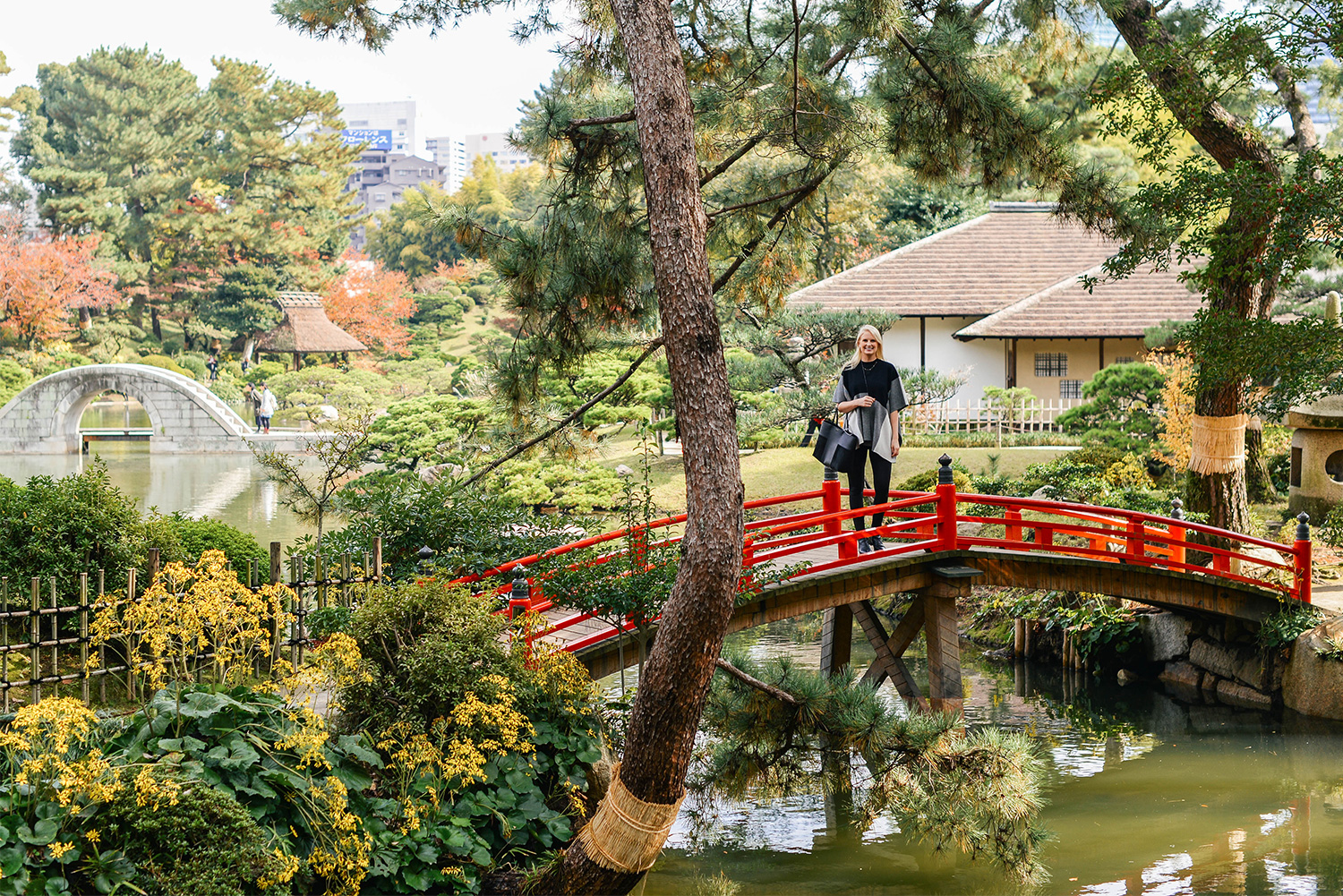 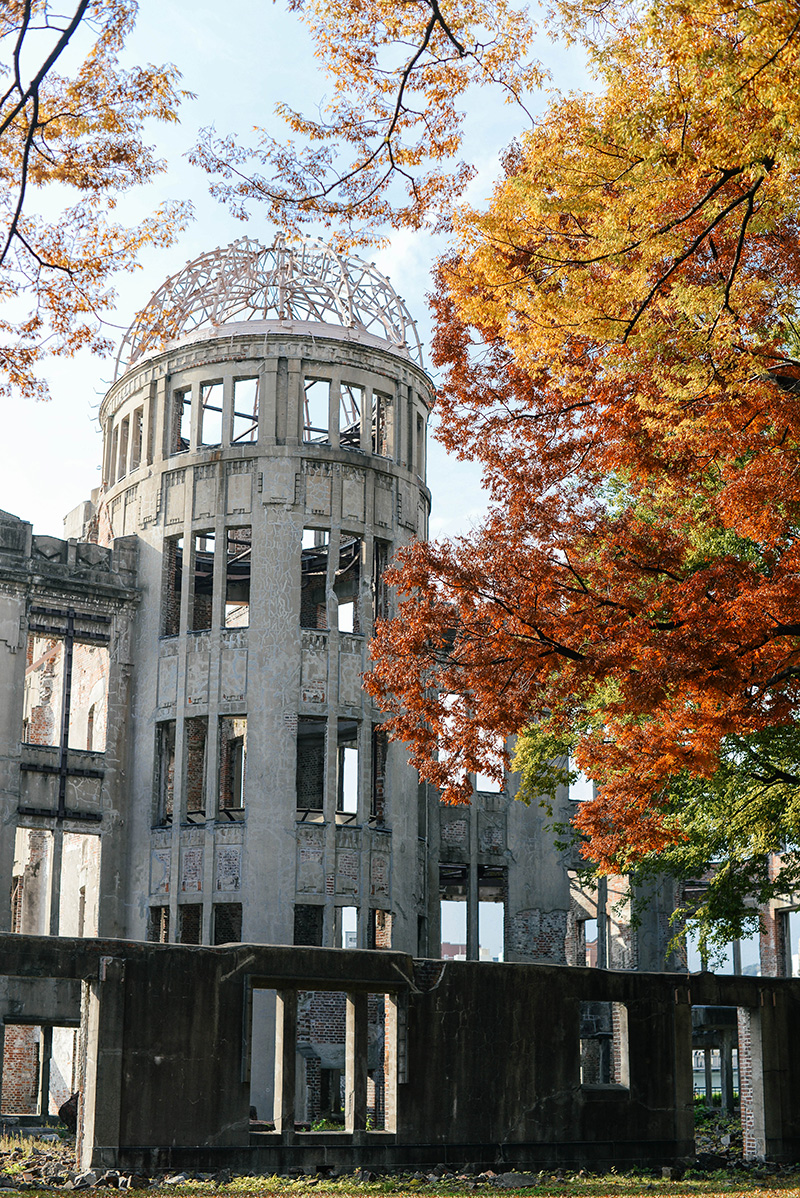 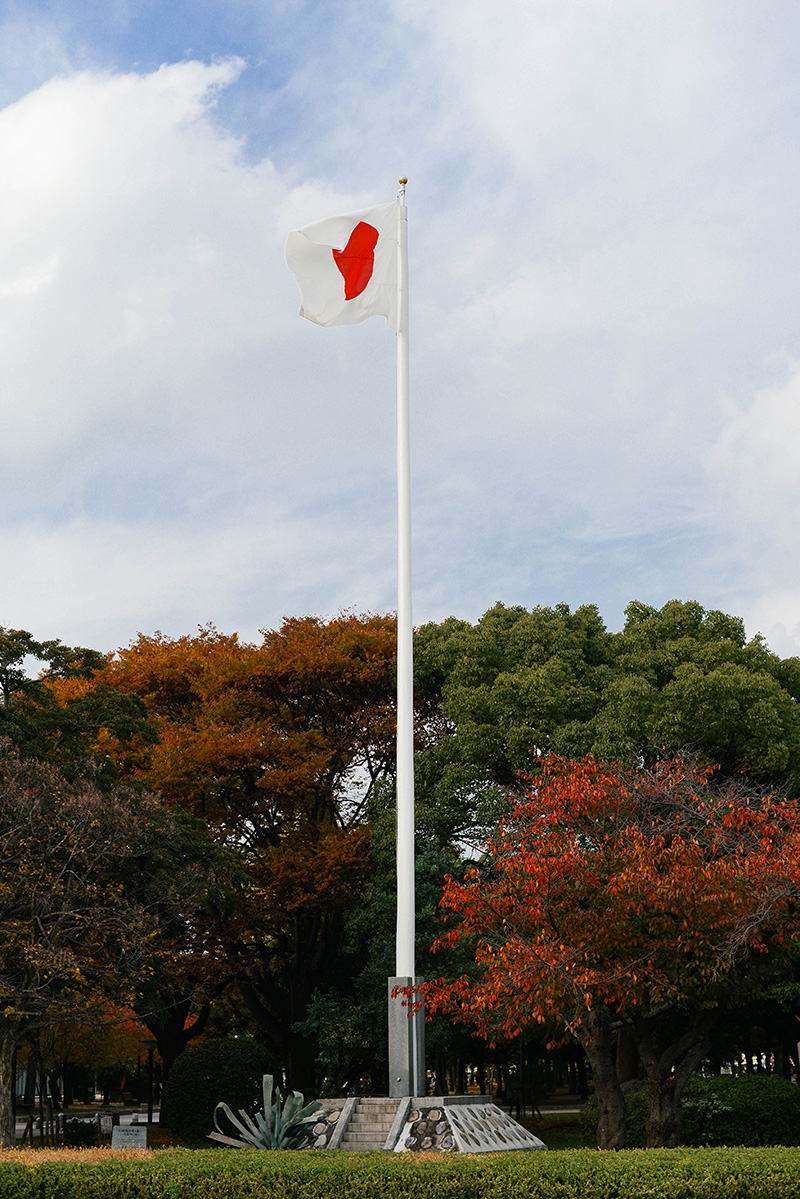 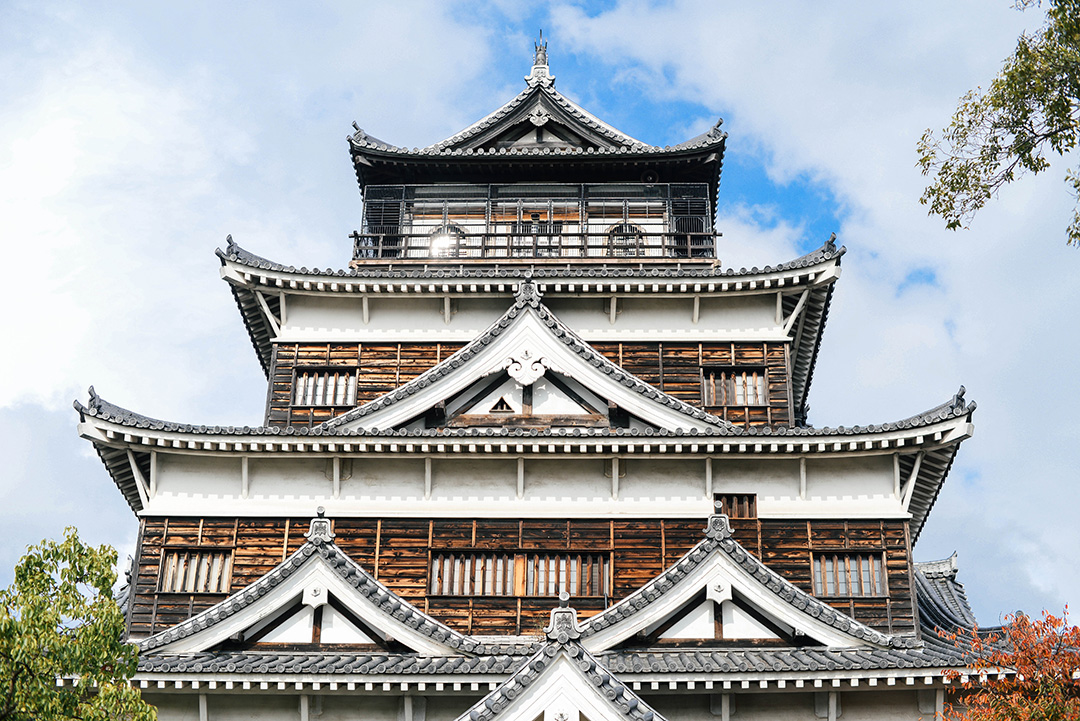 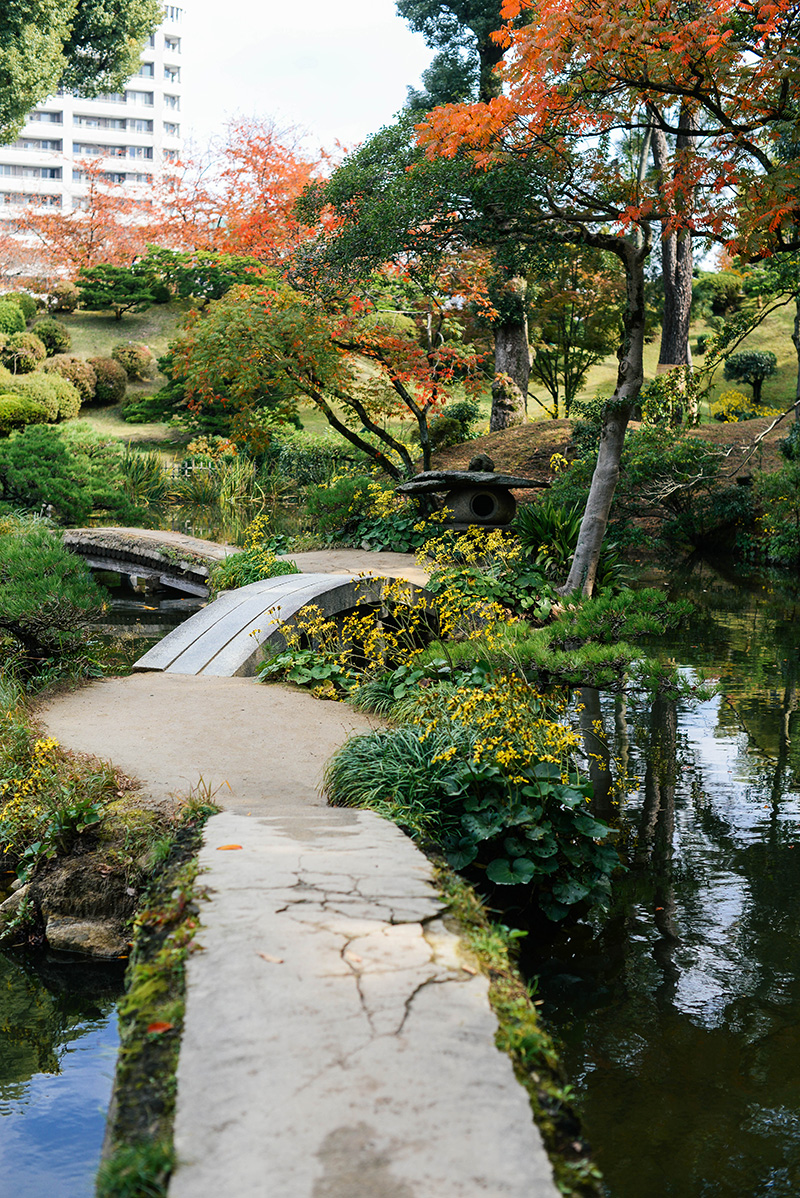 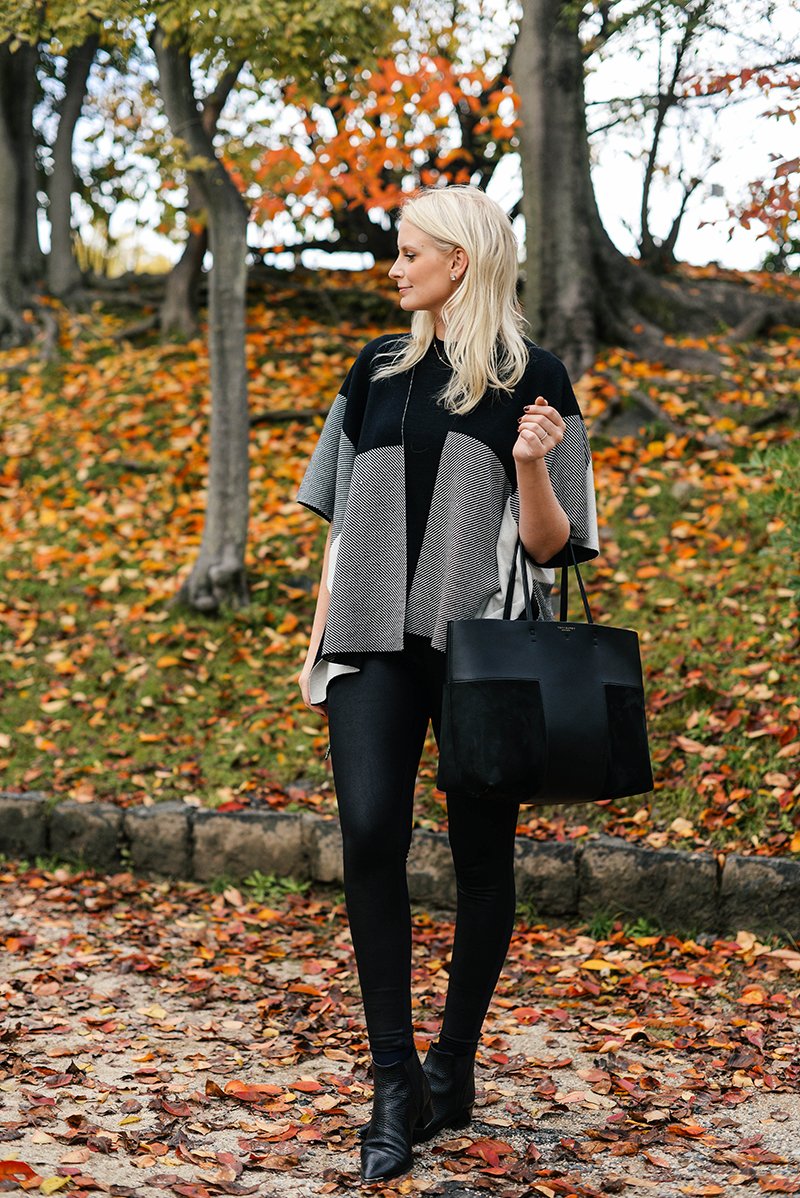 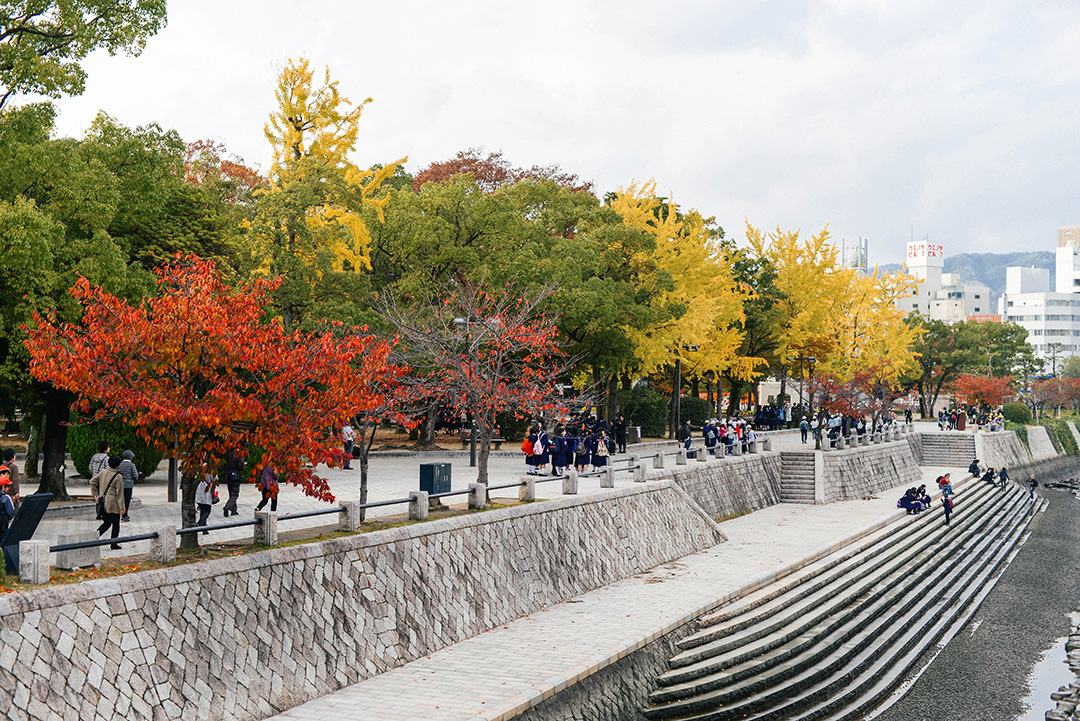 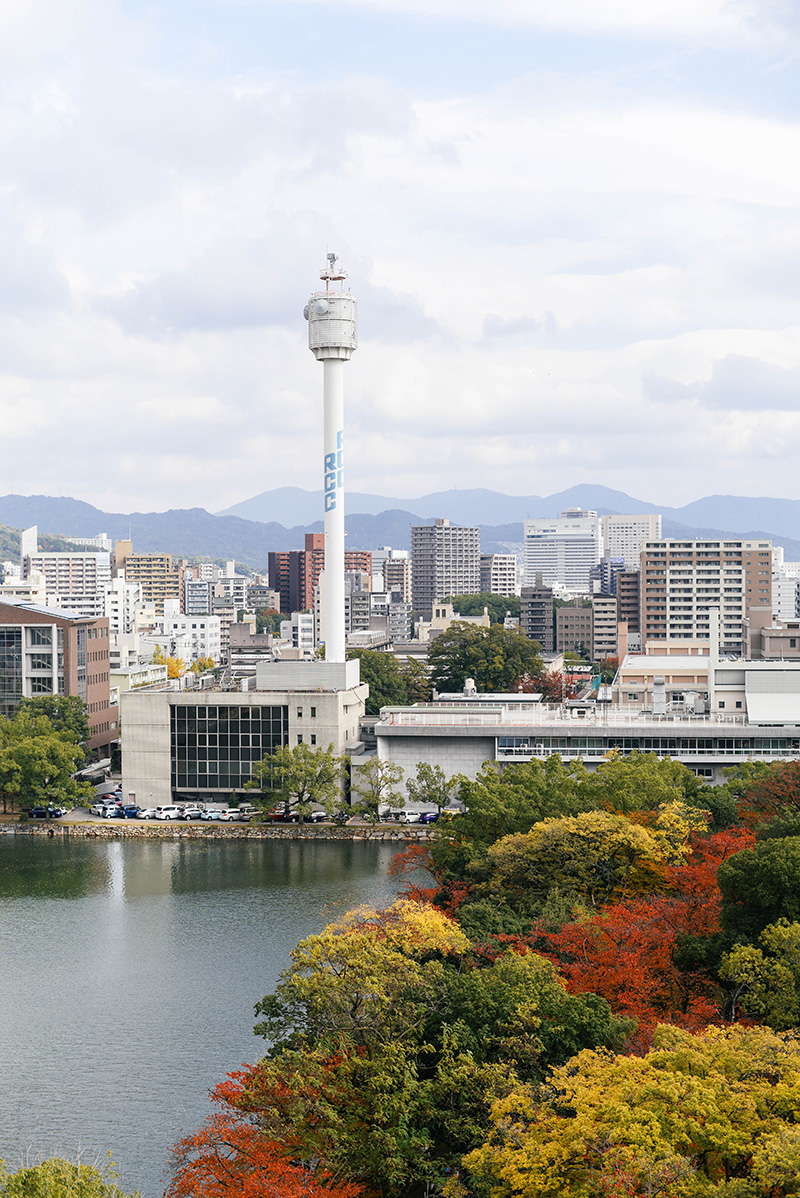 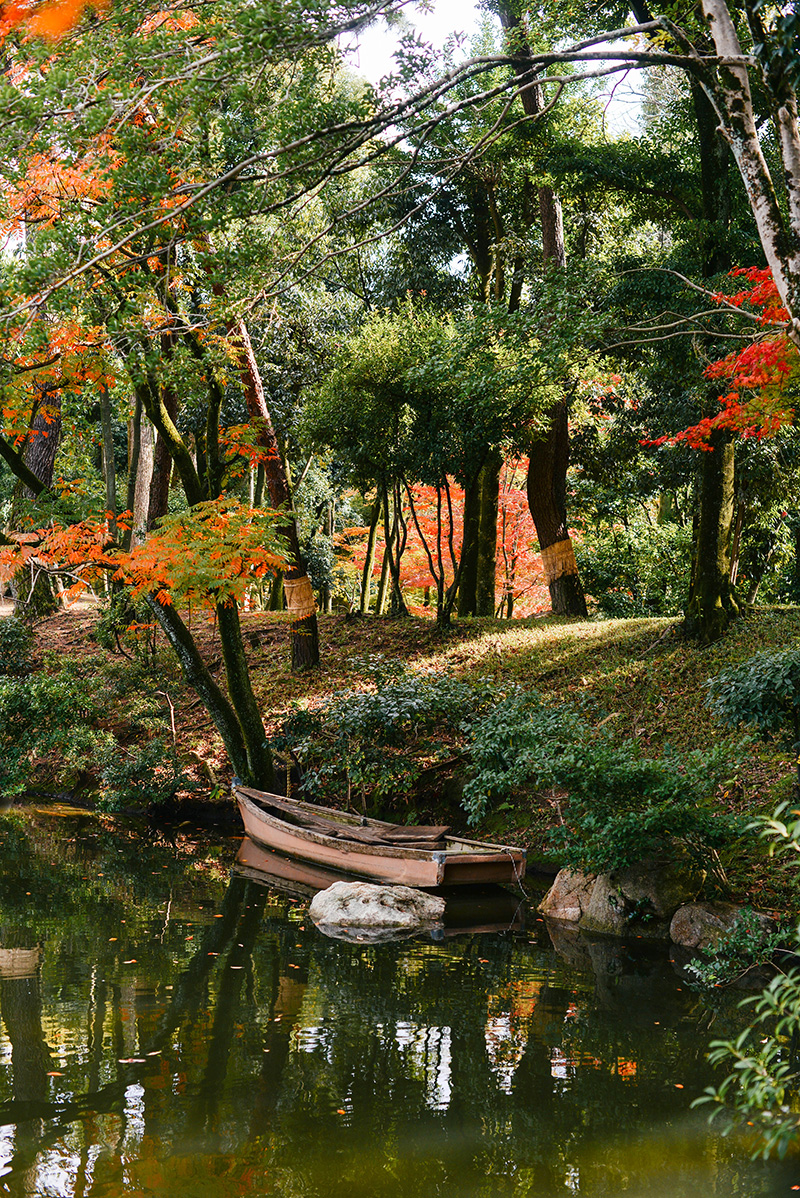 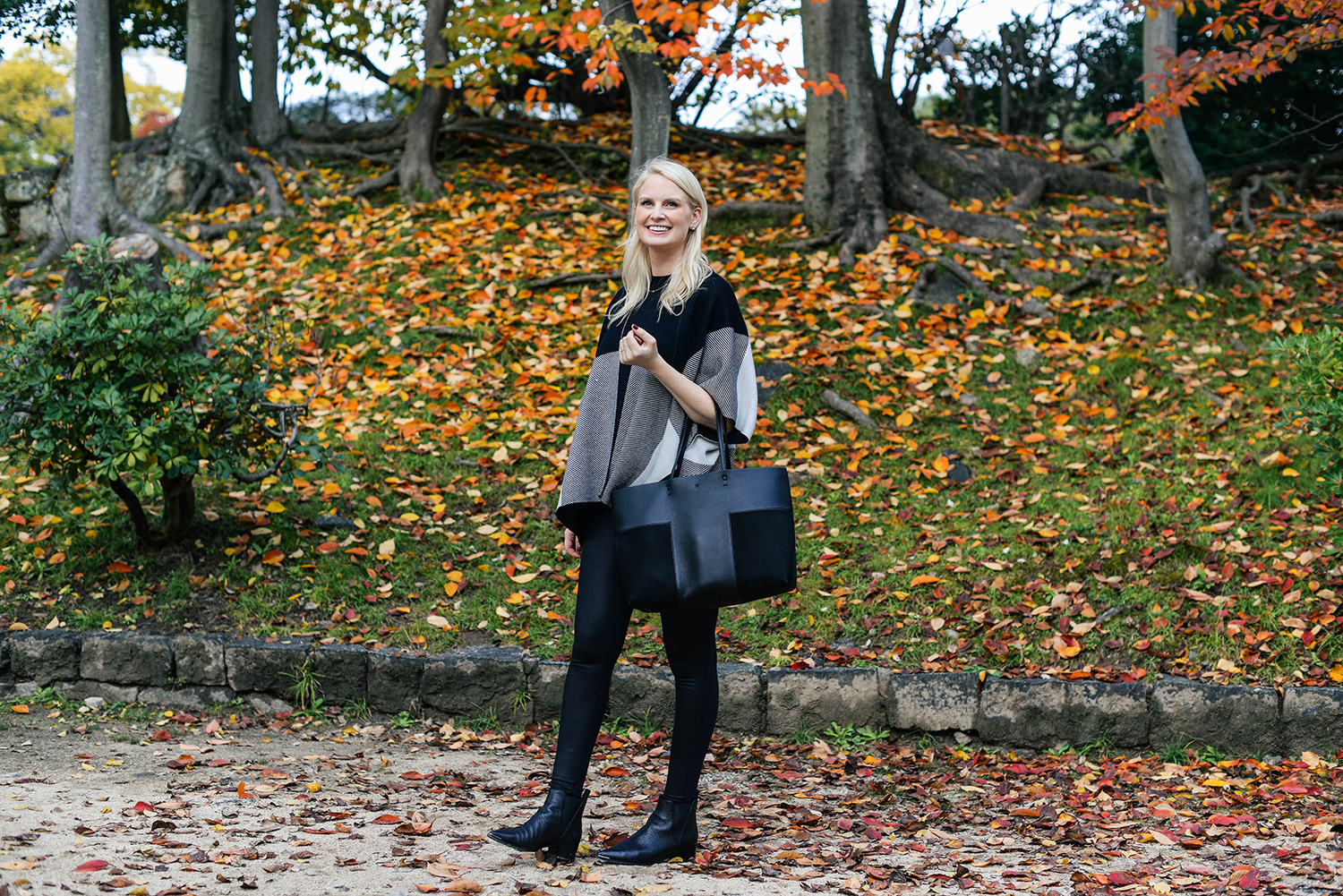 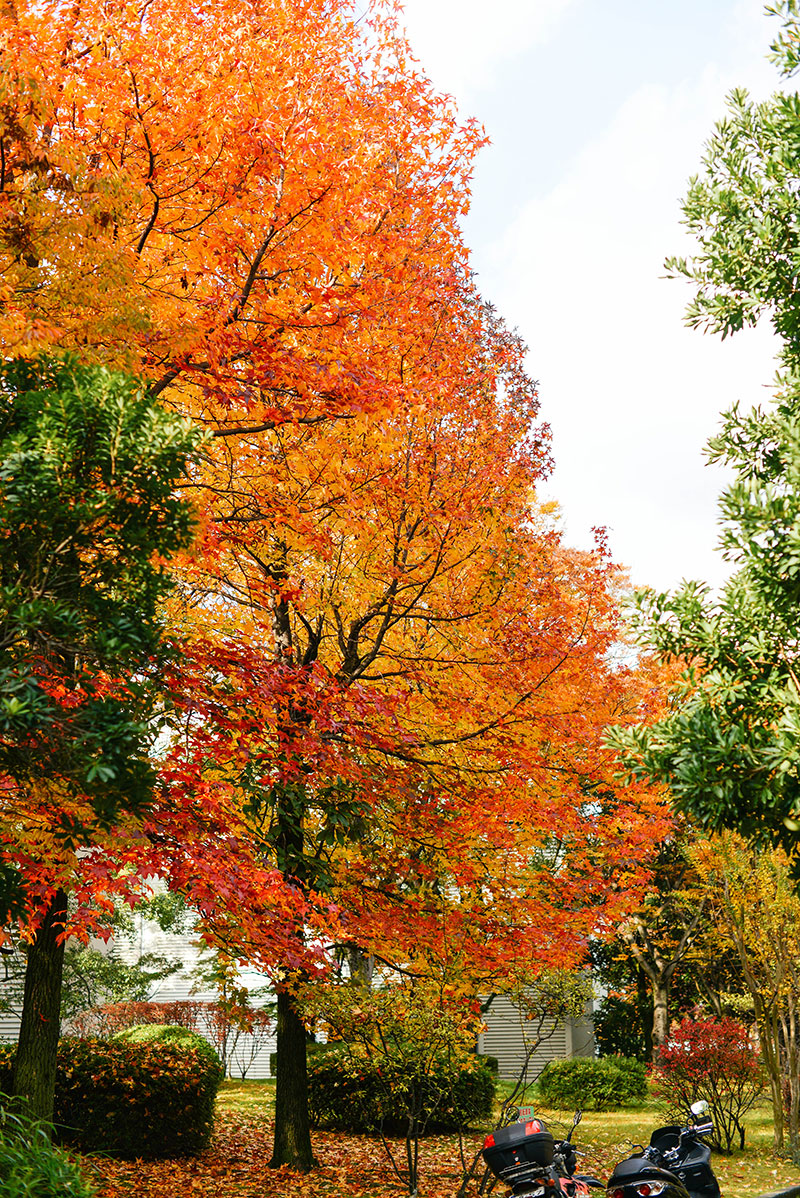 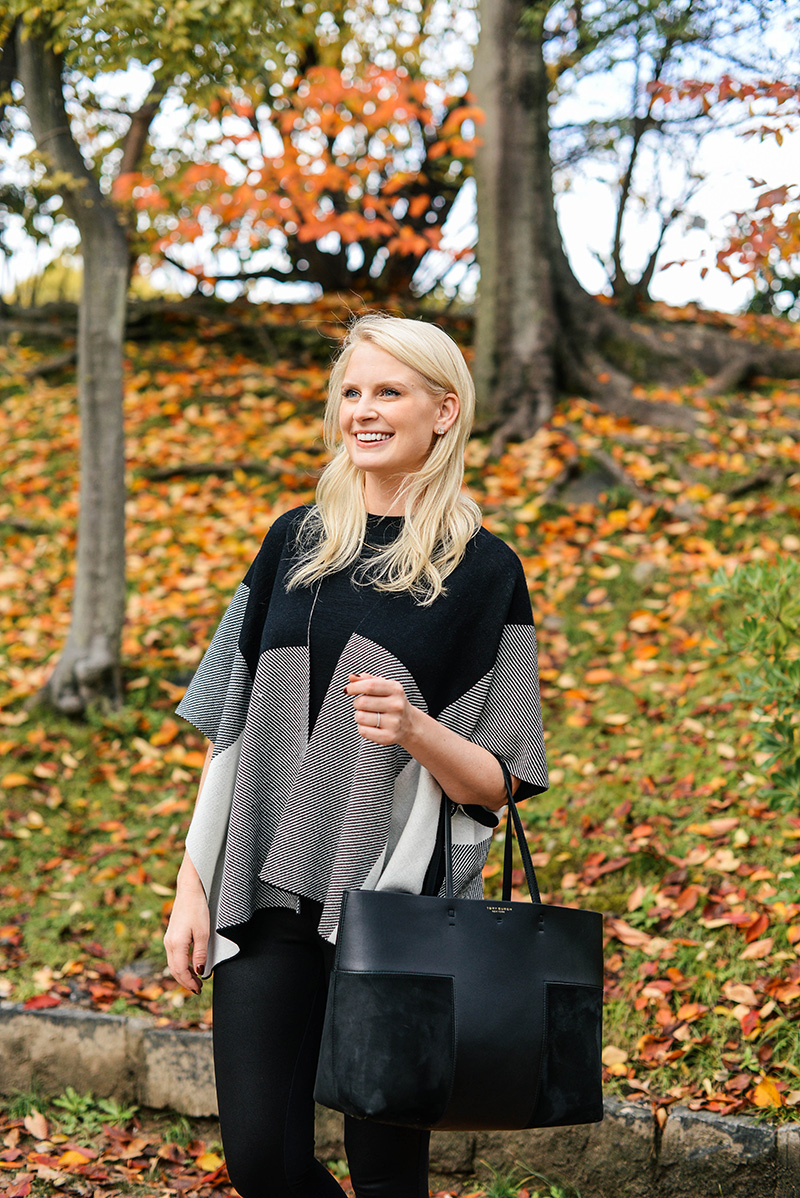 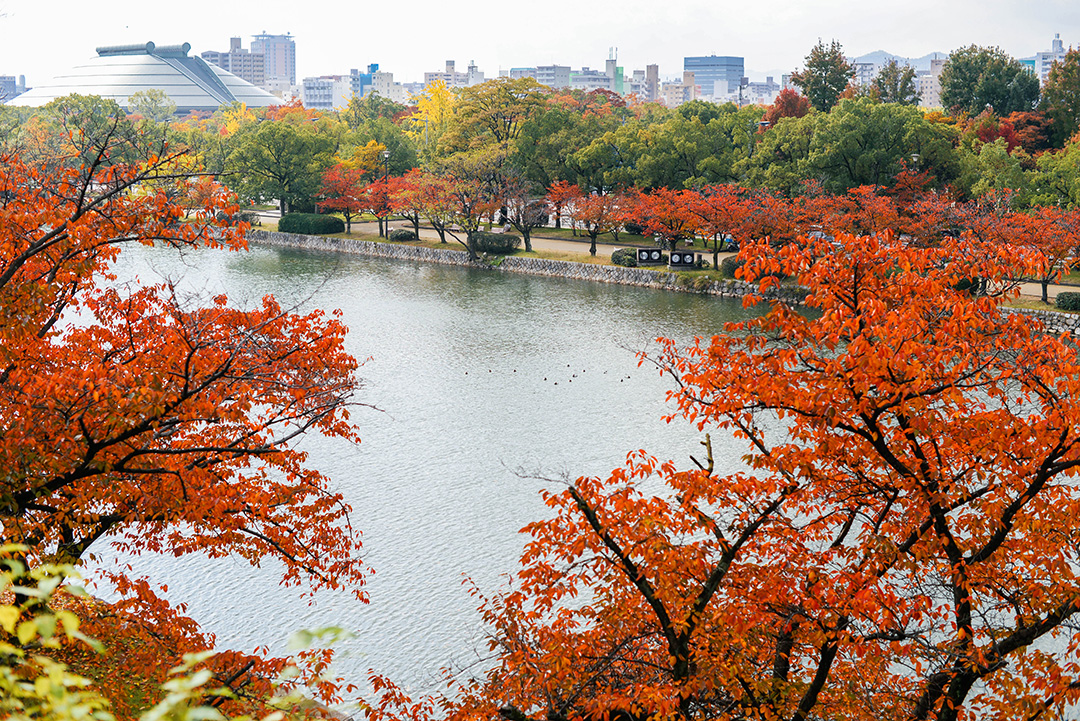 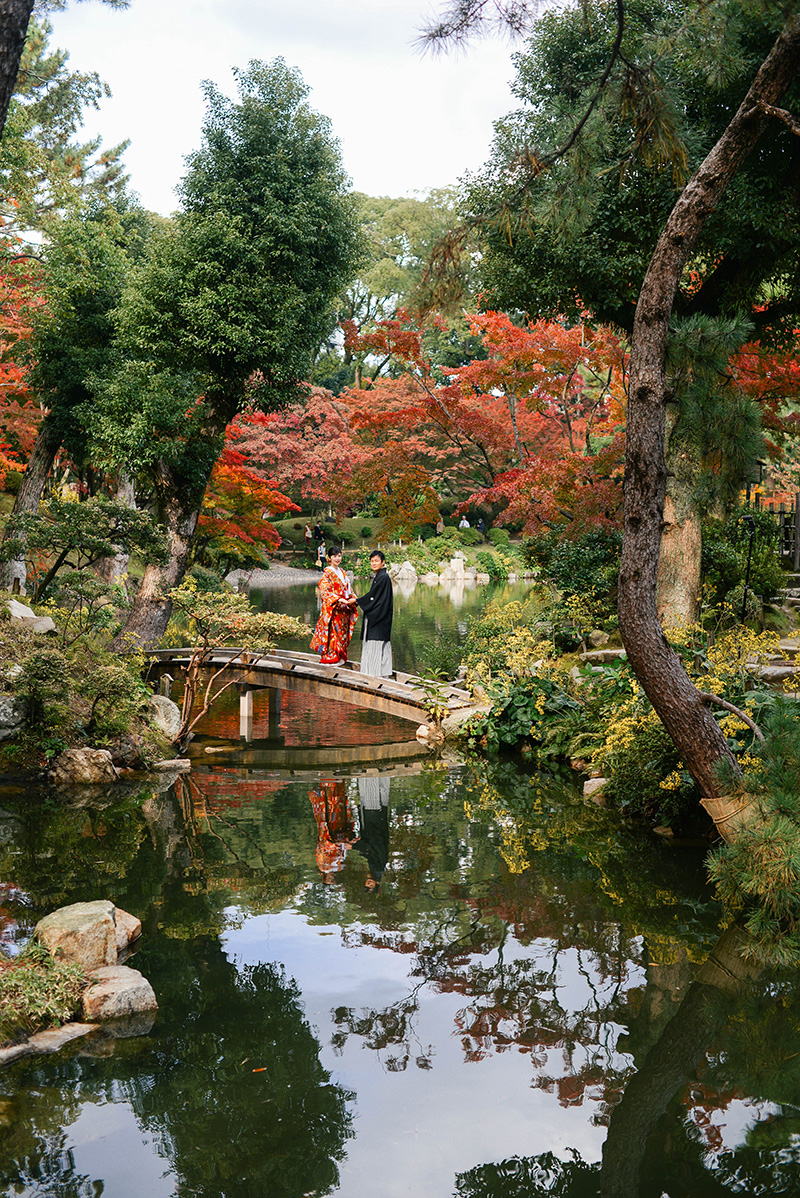 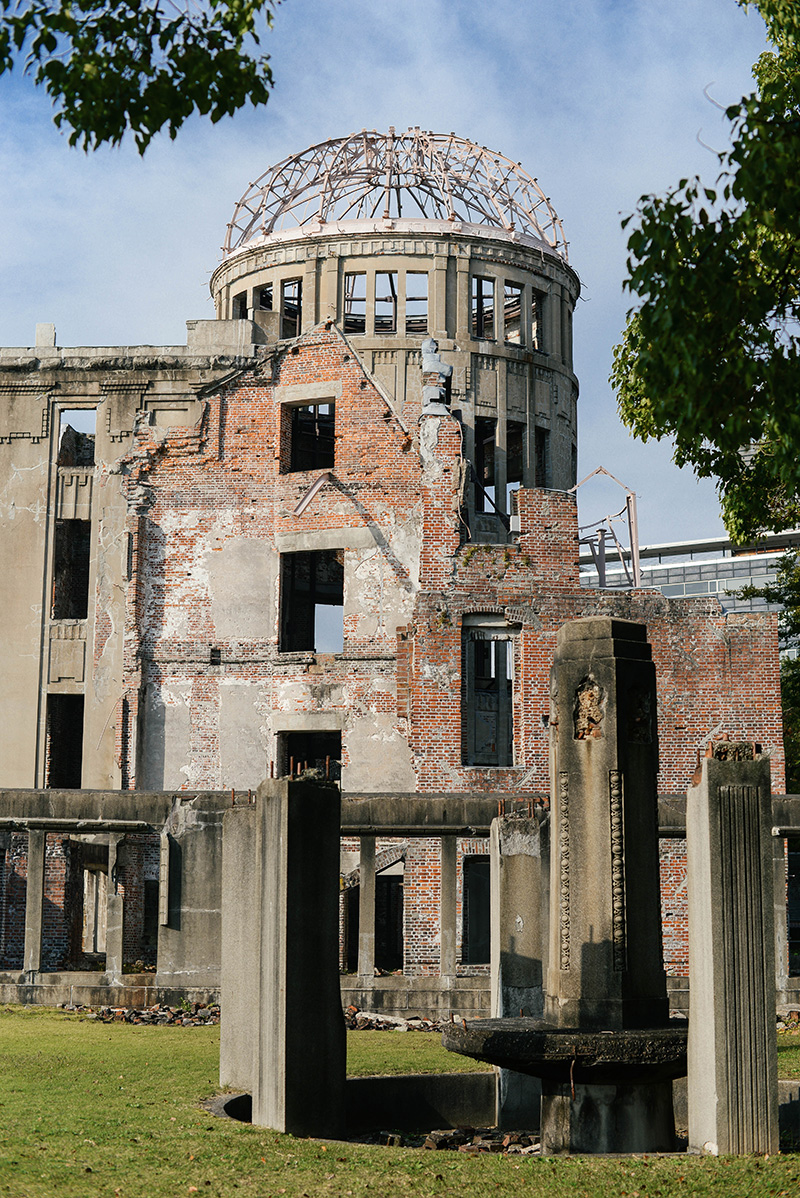 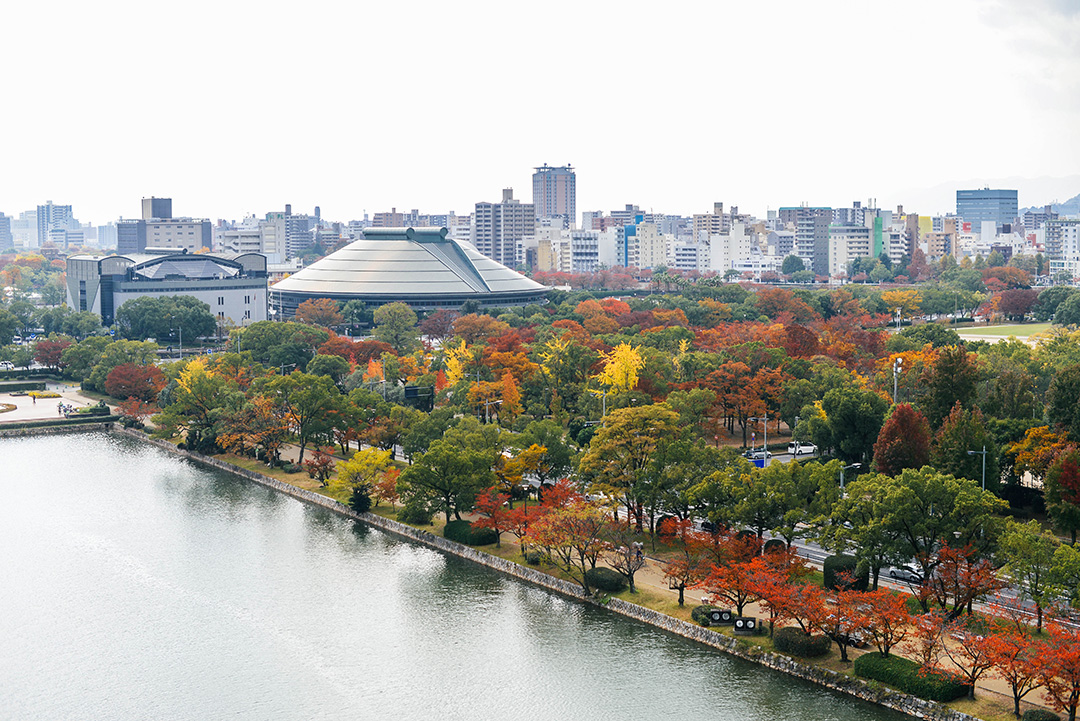 Just a quick little announcement before we get into today’s post from Japan! In case you missed it, yesterday I launched an amazing giveaway for a $500 Nordstrom gift card over on Instagram! Click here to get the details and find out how to enter. You have until Sunday night to enter to win!

The furthest day trip we took in Japan was to Hiroshima. It’s about a 2 hour ride on the Shinkhansen (bullet train) from Kyoto, but it went by quickly. The whole city is pretty walkable, with the first destination on our list being right around the corner from the train station! While there’s obviously a lot of WWII history with the A-bomb, there are actually quite a few other cool things to do in the city that have nothing to do with that.

Our first stop after arriving in Hiroshima was to the Shukkeien, a historic Japanese garden that was erected in the 1600’s. Because of it’s proximity to where the A-bomb was dropped, the whole garden was destroyed. Immediately following the bomb, it became a refuge for victims – sadly a large number of those victims died before receiving medical care, and their remains are interred within the garden. It was reopened in 1951 after renovations, and today it is used as a recreational garden. We saw a number of portraits being done (we weren’t sure if they were wedding related?), there were students taking a class in one of the pagodas on the pond, and other people enjoying the nice weather at the picnic tables near the entrance. It’s a very beautiful spot!

Next, we walked about 10 minutes to Hiroshima Castle. It’s very cheap to get in the castle itself, but the museum is not really worth visiting. The only thing we enjoyed upon entry of the castle was going up to the top deck to get a bird’s eye view of Hiroshima! With that said, the castle’s exterior is beautiful, and the area around the castle is definitely worth a look.

Finally, we ended our trip by taking the 20 minute walk over to the Hiroshima A-bomb dome, memorial and museum. In addition to absorbing some very heavy information and sad history surrounding the A-bomb at the museum and sites around it, the area was actually quite picturesque. The canal that separates the A-bomb dome and museum sort of reminded me of the Seine in Paris. It was a somber experience, but we thoroughly enjoyed our day in Hiroshima!

PS – I know I’ve mentioned these leggings before (in this post!), but it’s worth reiterating. I’m obsessed with them! They look like leather, but are faux and under $80. So comfy (thick waist band, a higher rise and very stretchy!) and they look so sleek. I’m wearing a size small!